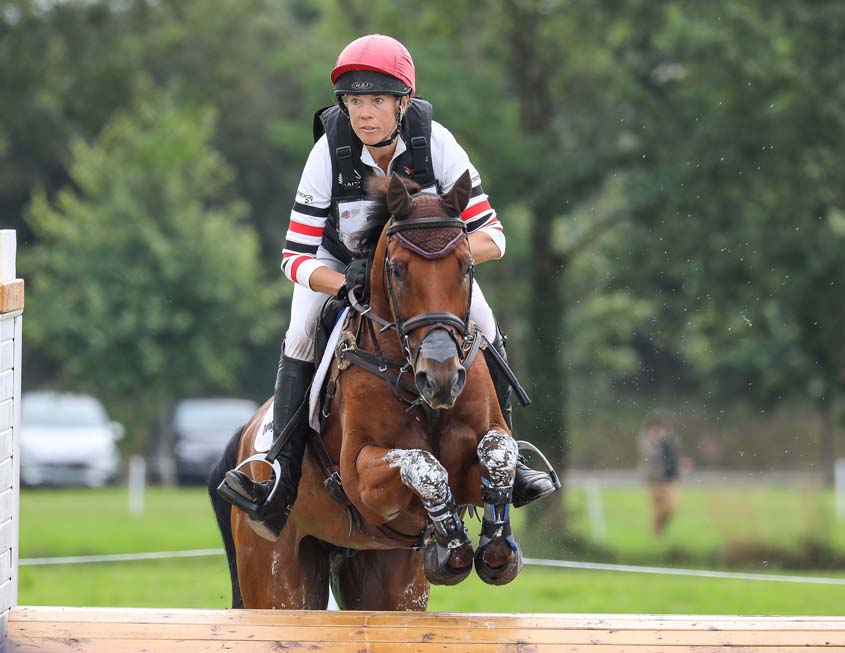 She made her first ERM podium appearance when she took third place at the opening ERM leg at Chatsworth in the Spring: "I've never been on the top spot of a podium, and I can't tell you how good it feels - it's absolutely fantastic."

In the 1990s Lucy Jackson was a member of the British Junior and Young Rider eventing teams.  She now rides for New Zealand - after working there for seven years.  She is based near Banbury.

Lucy's exceptional 26.4 dressage had put her into equal fourth place overnight and a clear round in the show jumping bumped her up into third.   But it was a lightning-fast clear cross country round that gave her victory - aided by the withdrawal of two-phase leader Oliver Townend.

Though she didn't deliver one of the three clear rounds inside the time, Lucy added a tiny two seconds to the 6:05 optimum time, allowing her to take the win by a 0.3 penalty margin:
"The whole way around I was thinking, 'don't be slow - don't be slow!' I'm not known for being fast, but the little horse is a superstar. There'll be a lot of drinking in the pub this afternoon!"

New Zealand's Tim Price withdrew Wesko after going clear in the show jumping.  He was then in ninth place.

With just one leg left in the Event Rider Masters series, the race for the 2019 title has reached fever pitch. With leader Jonelle Price sitting out the Irish leg, second-placed Bill Levett and third-placed Chris Burton both gained valuable points at Millstreet.

They each picked up enough series points that they both now sit on a tally of 73 - just six points ahead of Jonelle. The stage has been set for an epic showdown in the final leg of the 2019 series.   That final leg is in France on 5 & 6 October.